Epiphanius of Salamis on the Hymenaean Heresy 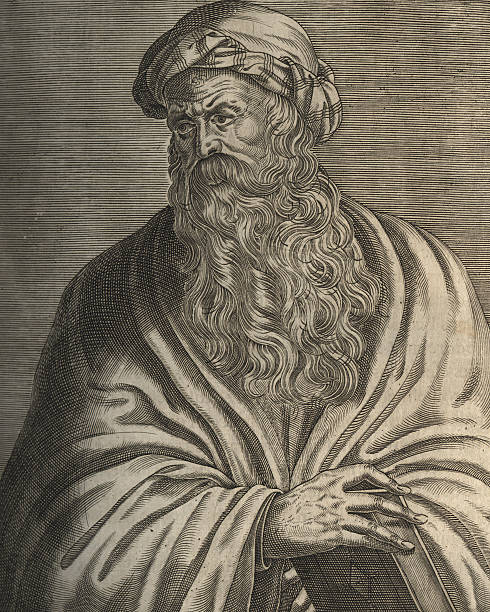 Epiphanius of Salamis (c. AD 320 to 403) was a bishop of Salamis, Cyprus. He gained a reputation as a strong defender of orthodoxy. He is best known for composing the Panarion, a very large compendium of the heresies up to his own time, full of quotations that are often the only surviving fragments of these texts. He was also an early critic against contemporary uses of iconography in the Church.

I post this for those who are interested in Full Preterism (Hyper-Preterism). Some of my Full Preterist acquaintances have objected that Hymenaeanism refers only to the teaching that the “resurrection is past” around the time of Paul’s writing of his two Epistles to Timothy in the early to mid-AD 60s. They insist this cannot refer to the resurrection of the saints or the Second Coming of Jesus in AD 70 – which is when many Full Preterists claim these events occurred. Since Paul was writing prior to AD 70, they claim this heresy cannot apply to today’s Full Preterists who say the Second Coming and Resurrection occurred in the past.

On the contrary, in Panarion, Epiphanius provides some useful information on how the early Church viewed the Hymenaean heresy as a form of Docetic Gnosticism. The Docetic sect embraced pseudo-spirituality, denying anything good in the material world and held that Christ only appeared to have a real birth, death and resurrection.

Full Preterists are repeating elements of this Docetic Gnostic error – at least in the way that Epiphanius recorded the points of Hymenaeanism.

And again, to hint that there will be a resurrection of the dead, the Son of this God says, “Destroy this temple, and in three days I will raise it up.” But by “temple” he meant his own body, which would be “destroyed” by the hands of men — that is, killed. But something which was not a body but an apparition — as these people in their turn say — could not have fallen into someone’s hands and been raised the third day, as he promised. By such a provision it is plainly proved that the resurrection of the dead is undeniable, and

In his second epistle, moreover, he says that Hymenaeus and Philetus have gone wrong about the truth. They were followers of this sect themselves, proclaiming another God and endless genealogies, implanting fresh error in men by saying that the world was not made by God but by principalities and authorities, and that the resurrection has already come in the children who are begotten by each of their parents, but that there will be no resurrection of the dead. And see the character of the truth, brothers, and the refutation of their disorder! (Epiphanius of Salamis, Panarion 8.1-6).

Although Full Preterists like to say that the Hymenaean heresy refers only to the resurrection of the dead as past at the time of Paul’s writing, Epiphanius’ description shows otherwise. The Church Fathers were creedally orthodox. For them, the resurrection was a future event and linked inextricably to the Second Coming of Christ. As the Apostles and Nicene Creeds stated: “He will come again in glory to judge the living and the dead and His kingdom will have no end.”

Epiphanius affirms this truth by making the following points:

Epiphanius also links the Hymenaean error to the contemporary Gnostic error that said the world was created not by God, but through a chain of Being – with numerous Aeons – or “principalities and authorities” who made the evil material world. Similarly, many modern Full Preterists deny a literal six-day Creation, but God worked through the stages of evolution over numerous ages. They also deny that physical death came into the world through Adam’s sin, but death existed as part of the natural order for millions of years.

In contrast, the Nicene Creed states:

We believe in one God, the Father Almighty, Maker of heaven and earth, and of all things visible and invisible. And in one Lord Jesus Christ, the only-begotten Son of God, begotten of the Father before all worlds (aeons), Light of Light, very God of very God, begotten, not made, being of one substance with the Father; by whom all things were made; both in heaven and on earth.

Since the Gnostics taught a spiritual resurrection of Jesus and thus a denial of a bodily Second Coming of Jesus and a denial of a future bodily resurrection of the saints, they in reality believed the world would continue in a state of death and decay until it was destroyed. There will be no New Heavens and New Earth because that too exists in the spiritual realm only.

So we can see that ideas have consequences. Modern Full Preterists commit a heresy very similar to the ancient Hymenaeans. The “New Heavens and the New Earth” (which many moderate preterists, such as me, agree now exists as a spiritual reality) will never become a physical reality in their scheme. On the contrary, the Word of God teaches that death itself, the last enemy of God, will one day be defeated (1 Corinthians 15:24-26).

«- 45 Years Since Roe: Are we winning or losing?
-» The First Blast of the Trumpet Against the Monstrous Regiment of Women - Part 1

Dr. Schaeffer, who was one of the most influential Christian thinkers in the twentieth century, shows that secular humanism has displaced the Judeo-Christian consensus that once defined our nation’s moral boundaries. Law, education, and medicine have all been reshaped for the worse as a consequence. America’s dominant worldview changed, Schaeffer charges, when Christians weren’t looking.

Schaeffer lists two reasons for evangelical indifference: a false concept of spirituality and fear. He calls on believers to stand against the tyranny and moral chaos that come when humanism reigns-and warns that believers may, at some point, be forced to make the hard choice between obeying God or Caesar. A Christian Manifesto is a thought-provoking and bracing Christian analysis of American culture and the obligation Christians have to engage the culture with the claims of Christ.